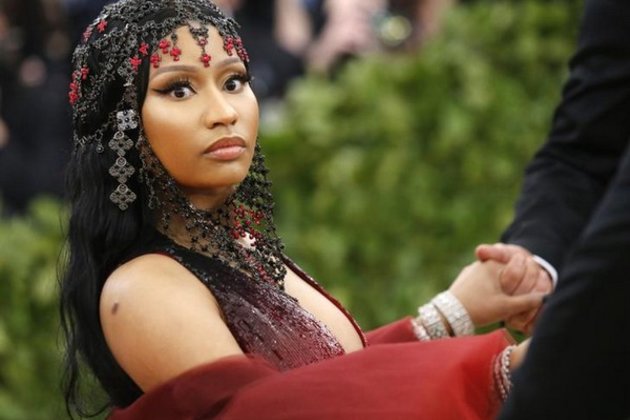 Washington [US], September 16 (ANI): The White House has offered to answer Grammy-nominated rapper Nicki Minaj's questions about the safety of COVID-19 vaccines.

The 38-year-old artist took to Twitter on Wednesday and said that she had been invited to the White House after she posted controversial tweets earlier this week about vaccine side effects.

"The White House has invited meI think it's a step in the right direction," she tweeted.

She added, "Yes, I'm going. I'll be dressed in all pink like Legally Blonde so they know I mean business. I'll ask questions on behalf of the ppl who have been made fun of for simply being human."However, despite Minaj's tweet about a meeting, a White House official told People magazine that the administration reached out to her for public health education over the phone.

"As we have with others, we offered a call with Nicki Minaj and one of our doctors to answer questions she has about the safety and effectiveness of the vaccine," the official said.

On Monday, Minaj had said that she would not be attending the Met Gala 2021 because of the fashion event's vaccine requirement to attend.

"They want you to get vaccinated for the Met," she tweeted.

"if I get vaccinated it won't [be] for the Met. It'll be once I feel I've done enough research. I'm working on that now. In the meantime my loves, be safe. Wear the mask with 2 strings that grips your headface. Not that loose one," she added.

She followed up the tweet by sharing a story about a family member's friend who she claimed "became impotent" after getting vaccinated.

"My cousin in Trinidad won't get the vaccine cuz his friend got itbecame impotent. His testicles became swollen," she wrote.

She added in her tweet, "His friend was weeks away from getting married, now the girl called off the wedding. So just pray on itmake sure you're comfortable with ur decision, not bullied."However, the health minister of Trinidad and Tobago, Dr Terrence Deyalsingh, denied Minaj's claim that her cousin's friend developed swollen testicles and became impotent from a COVID-19 vaccine after he spent the day clarifying if it was possible.

As per People magazine, in a press conference, Dr Deyalsingh apologised for his delay in responding to Minaj's claims, explaining that they "had to check and make sure that what she was claiming was either true or false.""We unfortunately wasted so much time yesterday running down this false claim. As far as we know, at this point in time, there has been no such reported either side effect or adverse effect," Deyalsingh said.

"As we stand now, there is absolutely no reported such side effect or adverse event of testicular swelling in Trinidad or ... anywhere. None that we know of anywhere else in the world," he added.

Deyalsingh also expressed his frustration that he had to investigate Minaj's claim.

"What was sad about this, is that it wasted our time yesterday, trying to track [it] down. Because we take all these claims seriously, whether it's on social media or mainstream media," he said.

Minaj also said on Monday that she had contracted COVID-19 while working on a music video shoot. While telling a follower that she recommends vaccination for those who need it for their jobs, she added that she'll probably get the vaccine herself in order to go on tour.