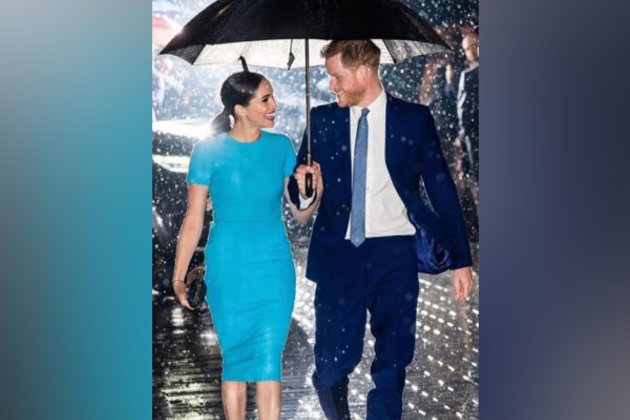 Washington [US], September 16 (ANI): The Duke and Duchess of Sussex, Prince Harry and Meghan Markle, recently made their magazine cover debut as a couple for Time's latest issue.

As per E! News, the royal couple posed together for the newest issue of Time magazine as two of 100 individuals deemed the most influential people of 2021. The duo was honoured for their humanitarian work by the magazine.

The cover shot by photographer Pari Dukovic, sees Meghan donning an elegant white ensemble with minimal makeup and her luscious locks open as she poses with husband Harry standing slightly behind her, with his hand on her shoulder, at their home in Montecito, California.

The Duke looks sauve in a long-sleeve black shirt and matching pants.

In the inside pictures of the magazine too, the couple looked elegant with Meghan wearing a dark-green turtleneck top teamed up with black pants and Harry sporting a dark-green suit with no tie.

The Duke and Duchess earlier received Time's most influential-people title in 2018. However, this year they were hailed for their humanitarian work, namely with their Archewell Foundation.

The couple launched the non-profit organization in California in 2020 following their controversial royal exit from the UK monarchy.

As per E! News, Archewell, whose name was inspired by their now 2-year-old son Archie Harrison, has been working with the World Central Kitchen charity group to build four Community Relief Centers.

Other stars who were also included in the list of Time's most influential people include President Joe Biden, Dolly Parton, Kate Winslet, Scarlett Johansson, Lil Nas X, Olympian Simone Biles, Jason Sudeikis and newly engaged pop star Britney Spears, whose father Jamie Spears has recently filed a petition for stepping down as her conservator after 13-long-years of court battle. (ANI)