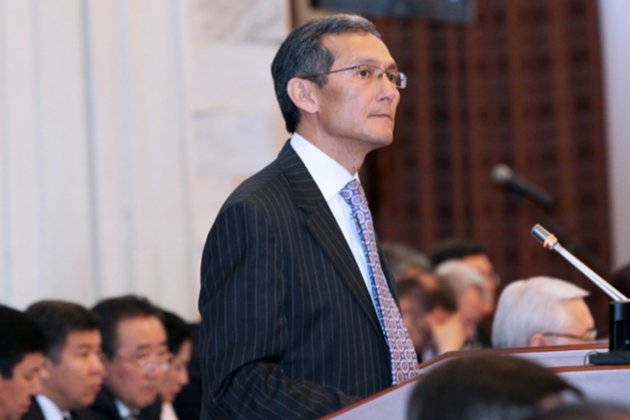 BISHKEK -- Another former Kyrgyz prime minister has been detained as part of a widening investigation into alleged corruption during the development of the Kumtor gold-mine project.

The State Committee for National Security (UKMK) said on September 16 that Joomart Otorbaev was arrested and placed in a detention center. A decision on whether he will be moved formally into pretrial detention will be decided by a court within 48 hours.

Otorbaev, who served as prime minister between 2014-15, is one of several former prime ministers and other senior officials arrested in connection with the Kumtor project in recent months.

Kumtor has been a target of financial and environmental disagreements for years. It is currently the subject of an ongoing control battle between the Kyrgyz state and the mine's operator, Canada's Centerra Gold.

The Kyrgyz government has temporarily taken over control of the mine in what President Sadyr Japarov has called a necessary move to address environmental and safety violations.

In May, the Canadian firm said it had 'initiated binding arbitration to enforce its rights under long-standing investment agreements with the government.'