Liberty aim to stay in playoff hunt vs. Mystics 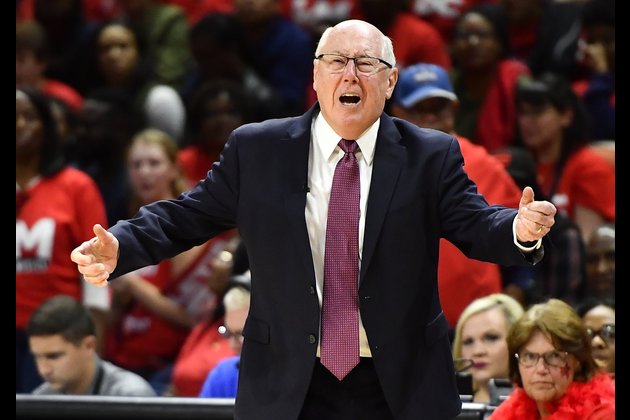 A spot in the WNBA playoffs and just plain survival will be on the line when the Washington Mystics square off against the host New York Liberty on Friday.

If Washington beats the Liberty on Friday, it will eliminate New York, which is a game and half behind the Mystics with just Friday's game left to play. If the Liberty win, Washington would have to lose its final game at home against Minnesota on Sunday as well to give New York any chance for the postseason.

The Mystics head to the Big Apple after a 79-71 win at Chicago on Sunday. Tina Charles recorded 31 points, 10 rebounds and five assists in the win as Washington crept closer to clinching the WNBA's eighth and final playoff spot.

Natasha Cloud added 16 points and eight assists for the Mystics (12-18). Shatori Walker-Kimbrough hit for 14 points and had a career-high six steals in the victory.

"It's just the character of their effort every day," Washington coach Mike Thibault said about his team after the win. "One thing we've been consistent about all year is despite the inconsistency of shots or anything else is that we show up and play hard every day. And that's got to be a starting point, for us on most days."

The Liberty's chances for the postseason took a near-fatal final hit on Wednesday when they lost at surging Connecticut.

The Sun, the WNBA's top team, came back from a double-digit deficit in the first quarter to win their 13th consecutive game. New York (11-20), once considered a lock for the playoffs, lost its eighth straight contest.

"We're gonna play our heart out, regardless of whether it's a must-win for us," Ionescu said after Wednesday's loss. "It's about figuring out what we need to do to win, and how to finish this year on the right note."