Flyers look to snap six-game skid on road vs. Rangers 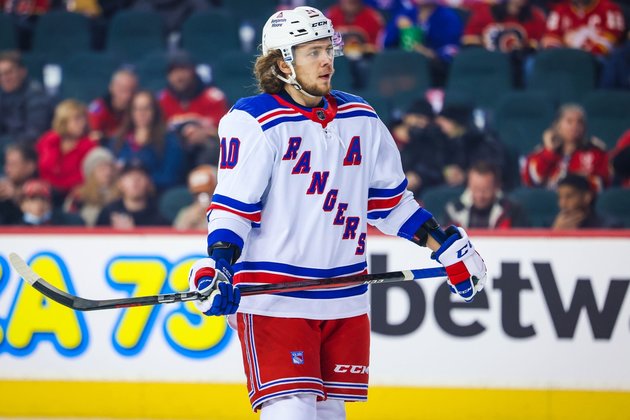 An unexpected postponement against their biggest rival gave the New York Rangers some extra time to prepare for another struggling foe.

After a four-day layoff, the Rangers return to the ice Wednesday night when they host the Philadelphia Flyers, who are looking to halt a six-game losing streak.The Rangers were scheduled to host the New York Islanders on Sunday, but for the second time this season New York saw a game postponed due to a COVID-19 outbreak on an opposing team. The other instance was Nov. 20 against the Ottawa Senators, and the Islanders were playing without seven players because of COVID-19 protocols before the game was postponed.

The Rangers are playing for the first time since rallying for a 5-2 win over the Boston Bruins on Friday afternoon. That followed up a 4-1 win in their debut at the Islanders' new arena in Elmont, N.Y., two nights earlier.

After unexpectedly getting more time in between games, the Rangers are looking to follow up some aspects of their latest win. New York earned the win despite getting outshot 17-5 in the first period. They scored three goals in the third period, as Artemi Panarin and Ryan Strome each collected a goal and an assist.

Those wins are part of New York's three-game winning streak and 7-1-0 run in their past eight contests.

"I think we want to continue the momentum we have right now and put together a lot of wins," New York defenseman Adam Fox said after a recent practice. "We know we're in a pretty tough division, so I wouldn't say you're ever secure. I think every point matters."

"I saw enough in the first 10 games to believe that we can be a good team in a tough division," Fletcher said Tuesday. "To me, this is a massive week to get our house in order."

Philadelphia also was supposed to play the Islanders on Tuesday, but its home game against them was postponed. That gives the Flyers extra time to focus on improving things after allowing three third-period goals in a 5-2 loss to the New Jersey Devils on Sunday.

The Flyers allowed 35 shots on goal, marking the 12th straight time they allowed at least 30 shots. Philadelphia also was 0-for-3 on the power play and is 2-for-33 on the man advantage in the past 10 games.

The Flyers are hopeful former New York center Kevin Hayes can return to the lineup. Hayes has missed the past six games due to an undisclosed injury, has played in two games this season but practiced Tuesday.