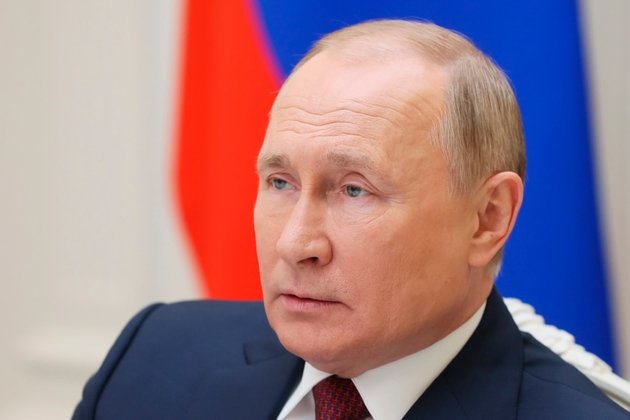 Russian President Vladimir Putin is hoping for World Health Organization (WHO) approval soon for Russia's Sputnik V coronavirus vaccine so that it can be used more broadly around the world.

'We intend to expand such assistance,' Putin said on December 5 in a video call with Francesco Rocca, president of the International Federation of Red Cross and Red Crescent Societies (IFRC).

Approval by the WHO could pave the way for its inclusion into the COVAX program that is shipping COVID-19 vaccines to countries around the world based on need.

The Gamaleya Institute that developed Sputnik V has said the vaccine should be efficient against the Omicron variant of COVID-19, but also said it would immediately start working on adapting it to counter the new variant.

'No doubt, we need to pool efforts internationally. Because if we see problems linked with insufficient vaccination even in one part of the world, these new variants, strains will reach even countries with wide vaccination coverage again and again,' he said, according to TASS.

Russia has for months pressed for the WHO's approval of Sputnik V. In October the WHO's assistant director-general for access to health products wouldn't make any commitment to a timetable. The official said the approval process at the time was on hold, citing legal procedures.

The Russian leader also argued that WHO's approval would open the door people who have had the Sputnik V vaccine to travel more freely. He noted that around 200 million people worldwide had been inoculated with Sputnik V thus far, and he was one of them.

Putin received his first dose in March and became fully vaccinated with a second dose in April. He said on November 21 that he received a COVID-19 vaccine booster shot and felt no ill effects afterward. But the Russian public has been less enthusiastic, and so far only about 40 percent of Russia's nearly 146 million people have been fully vaccinated.

Russia approved the Sputnik V vaccine months before most countries rolled out their own shots. The country was criticized when it announced the approval because at the time Sputnik V had only been tested on a few dozen people.

But a study published in the British medical journal The Lancet in February showed the Sputnik V was 91.6 percent effective in preventing people from becoming severely ill with COVID-19.

The shot has been given the green light in more than 70 countries, and Putin said data from those countries indicated that the vaccine is safe.

With reporting by AP and TASS