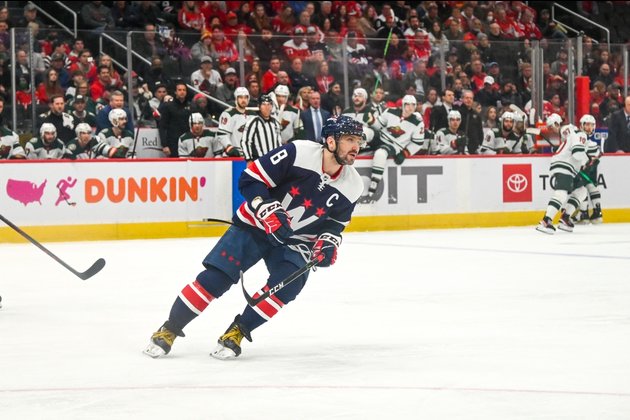 In a clash of rivals that could help determine playoff positioning, the Washington Capitals will visit the Pittsburgh Penguins on Saturday.

The two Metropolitan Division teams have a long history of playing hotly contested games and playoff series, and the setup for this one creates some drama.Pittsburgh (41-21-10, 92 points) has been in the top three in the division for weeks, and it has seemed the biggest question was whether the Penguins would get home ice in a projected first-round matchup with the New York Rangers, while Washington (38-22-10, 86 points) was destined to get a wild-card slot.

But look out. The game Saturday could help solidify that -- or open the door for Washington to make a move. The Capitals are six points behind the Penguins with two games in hand going into the teams' final regular-season meeting.

What's more, Pittsburgh has lost three straight and is 2-5-1 in its past eight. There have been three losses to the New York Rangers in that stretch, including a 3-0 defeat Thursday in New York, as the Rangers have leapfrogged the Penguins into second in the Metro.

Added to that, the Penguins had a travel issue that prompted them to cancel their Friday practice. That leaves the status of captain and leading scorer Sidney Crosby up in the air for Saturday. Crosby, defenseman John Marino and forward Radim Zohorna missed Thursday's game because of a non-COVID illness that has been tearing through the team, and no update is expected before Saturday.

None of that has seemed to shake Pittsburgh's confidence.

"I'm not concerned," Penguins defenseman Kris Letang said. "We have to keep preparing entering the playoffs and feel confident in ourselves."

There has been no anger or frustration emanating from Pittsburgh.

"I think we've been doing the right things," said goaltender Tristan Jarry, who has lost three straight starts. "I don't think we've been getting the bounces in the last couple of games. I think the team is playing really well, and we'll turn it around."

Doing that as soon as Saturday would be beneficial.

The Capitals seemingly reached the point the Penguins are striving for when they topped two-time defending Stanley Cup champion Tampa Bay 4-3 on Wednesday, a game that followed two straight losses.

"We knew the type of effort it takes, and I think now you channel that and move to the next one," said Washington defenseman John Carlson, who scored twice and had four points against the Lightning.

The Capitals aren't shying from big games against the likes of Tampa Bay and Pittsburgh.

"As a group, you've got to face it head-on," Washington forward Tom Wilson said. "Those are games where you need to be good. It's exciting to play those teams. Those are the battles you look forward to throughout the year. ... There's not a lot of thinking or dipping your toes in the water."

Capitals winger Alex Ovechkin, whose rivalry with Crosby dates to their rookie season in 2005-06, scored his 43rd goal and added an assist Thursday to reach 1,401 career points.

Crosby, who has 72 points in 59 games, is not far behind at 1,397 career points as the two continue to climb the all-time NHL list with the top 20 well in their sights.