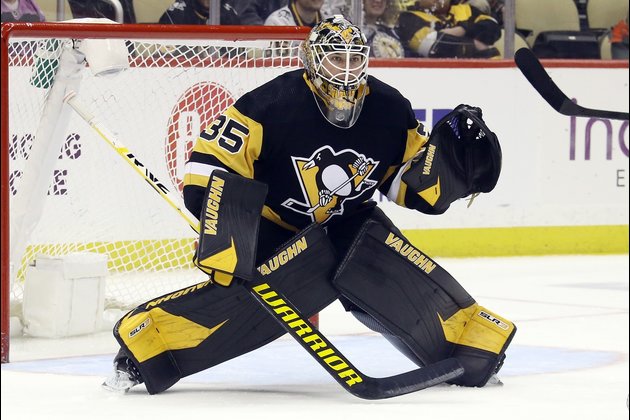 Jarry, 26, went the distance in Pittsburgh's 6-3 victory over the New York Islanders on Thursday, turning aside 36 of 39 shots.

Casey DeSmith is expected to start for Pittsburgh (43-22-11, 97 points) in Saturday afternoon's game at Boston.

"His game has really evolved over the course of the season," Sullivan said of DeSmith. "I think since the turn of the calendar year, he's put really solid hockey together for us. He's given us a chance to win each and every night."

WARREN, Ohio: Next month, workers at a General Motors-LG Energy battery cell manufacturing plant in Ohio will decide whether to ...

LOPS ANGELES, California: To deter shoplifters and thieves during the post-COVID-19-pandemic rush of holiday shoppers this year, many U.S. retailers, ...

BUFFALO, New York: Just ahead of the busy Thanksgiving holiday week, western New York state was hit by a snowstorm, ...

LOS ANGELES, California: Lyft and driverless technology firm Motional have announced the joint operation of a robotaxi service for residents ...

Lab-grown meat cleared by US for human consumption

WASHINGTON D.C.: The U.S. Food and Drug Administration (FDA) has announced that, for the first time it has cleared a ...

CLEVELAND, Ohio: After vandals broke into a farm and released up to 40,000 minks from their cages this week, thousands ...