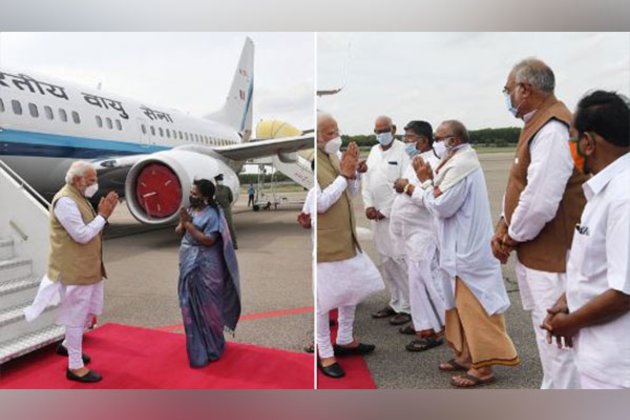 In the two-day meeting starting today, both the political and economic agenda of the party would be discussed.

PM Modi informed about his arrival on a micro-blogging site and said a wide range of issues would be discussed.

"Landed in the dynamic city of Hyderabad to take part in the @BJP4India National Executive Meeting. During this meeting we will discuss a wide range of issues aimed at further strengthening the Party," tweeted the Prime Minister.

PM Modi is expected to address the national executive on Sunday.

This is the first time that a meeting is taking place with complete participation by the BJP national executive members since the COVID-19 pandemic.

The last meeting which took place in November 2021 happened in a hybrid manner in which leaders were present physically as well as joined virtually.

The entire city of Hyderabad has donned a saffron hue with the BJP flags and banners ahead of the party's mega show. The posters showcase the achievement of the central government. (ANI)