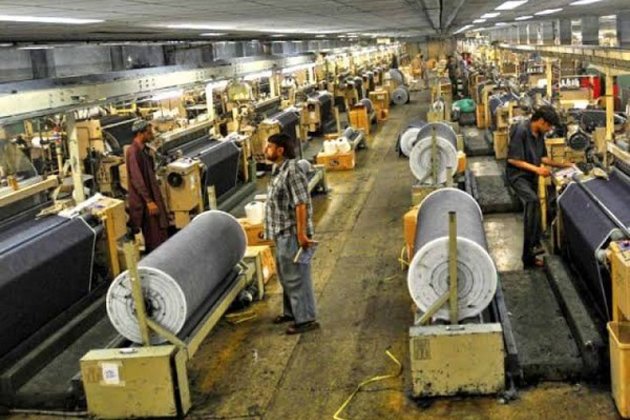 Islamabad [Pakistan], July 2 (ANI): The textile industry in Pakistan is likely to suffer export losses worth USD 1 billion in the first 15 days of July after the authorities suspended the gas supplies amid the shortage and Eidul Azha holidays.

Fearing the loss, the industry demanded the country's government resume the gas supplies.

According to The News International, All Pakistan Textile Mills Association (APTMA) wrote to Pakistan Prime Minister Shehbaz Sharif on Friday apprising him of the consequence of these measures.

"Shutdown of 15 days will translate to a loss of at least USD 1 billion and more than 50 per cent of output will be lost in this month with the very real risk of losing orders on a permanent basis as well as loss of repeat business due to delays in delivery of orders," APTMA wrote.

"The textile exports would be significantly lower, much to the detriment of Pakistan's economy. Due to energy supply and cost constraints, Pakistan will be forced to seek an additional USD 6 billion in loans from abroad, which under the circumstances may not even be possible," it added, demanding the government to restore the gas/RLNG supply of export-oriented industry immediately, The News International reported.

This comes after the Sui Northern Gas Pipelines Limited apprised the textile mills about the gas supply suspension receiving gas supplies from the captive power plants.

In wake of this, the textile industry decided to remain closed from July 1 to 8. The suspension of gas supply will affect the industries in Punjab as 70 per cent of textile mills are primarily located in that region.

Sources added that the decision for suspending the gas supply was taken to continue uninterrupted supplies to the power and fertiliser sectors.

According to a media report, the shortage of gas supply has already reduced textile production by up to 30 per cent and the latest suspension will reduce the output by up to 50 per cent, which will affect the economy of the country.

The interrupted gas supply to the industries has been affecting the exports that will impact the achievement of USD 26 billion targets for the next fiscal year besides increasing unemployment.

Pakistan currently faces a balance of payment crisis, with the International Monetary Fund demanding the government to do more to resume its loan facility.

Since the Shehbaz Sharif government has come to power in Pakistan, the daily essentials are getting costly and have become out of reach of the common man due to recent hikes in petrol prices and power tariffs, a local media report stated. (ANI)