Ravens LT Ronnie Stanley downgraded to out vs. Patriots 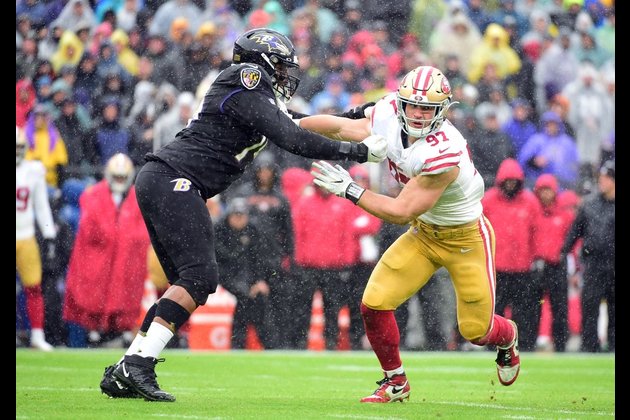 Baltimore Ravens left tackle Ronnie Stanley will not be making his season debut against the New England Patriots on Sunday.

His playing status was downgraded from doubtful to out on Saturday by the Ravens (1-1).

Stanley, who is bidding to return from season-ending ankle surgery in 2021, had been limited in practice on both Wednesday and Thursday before he failed to participate in Friday's session.

Patrick Mekari, 25, likely will get the start on Sunday against the Patriots (1-1) in Foxborough, Mass.

Stanley, 28, had been sidelined while rehabbing an ankle injury he sustained in the 2021 season opener against the Las Vegas Raiders.

Stanley earned Pro Bowl and first-team All-Pro honors after the 2019 season. He has started all 63 games in which he has played since being selected by Baltimore with the sixth overall pick of the 2016 NFL Draft.