The ground IP, resistivity, and magnetic surveys were conducted over the area known as the 'Open Pit' and extending east and west of the previously identified airborne anomaly, straddling the favourable contact zones of the metasedimentary package and metavolcanic units that hosts gold-bearing quartz vein systems.

Ground surveys followed up on the highly favourable airborne geophysical target at the 'Open Pit' area that the Company previously announced on March 7, 2022, where the Company's interpretation report identified high priority targets coincident with high-grade grab and chip samples of 46.6 grams per tonne gold.

The airborne surveys confirmed the presence of six (6) distinctly high magnetic signatures, which are circular-elliptical shaped that may be indicative of shear zones, that are the primary targets to host gold-quartz vein systems, and in the case of Target 1, the 'Open Pit', have a strike length of 2,000 meters.

The high magnetic anomalies of Target 1 interpreted from is coincident with the Kukuom artisanal 'Open Pit' prospect, where high-grade gold quartz vein systems in the artisanal open pit workings are featured was the focus of this survey.

The ground geophysical follow-up surveys were conducted by Ghana-based Terranet Limited. Terranet has extensive experience working in Ghana for several goldmining and exploration companies such as Asante Gold Corp and Cardinal Resources.

The objective of the survey was to carry out magnetic and IP/Resistivity surveys to explore for disseminated sulfide-rich veins/beds and structures that are likely to host some gold bearing mineralization horizons.

'This is a very exciting time for the company,' states Mr. Francis Agezo, Guskin Gold's Director of Exploration. 'The IP, resistivity, and magnetic surveys interpretation combined with existing geological, geochemical, and sampling database enables us to prioritize and plan the coordinates of the initial drill program at the 'Open Pit' in the coming months. The surveys were extremely successful and helpful in obtaining additional lithological and structural details in the prospect and this information will be used to study and determine the structural and/or lithological controls on gold mineralization on a prospect-scale. The ground induced polarization survey to further refine the target by identifying sulfidic and/or clay alteration zones.'

A total of 16.8-line km of were surveyed; the time domain IP/Resistivity survey was conducted utilizing a 'Pole-Dipole' electrode array at an inter-electrode 'a' spacing of 25 meters and a dipole 'n' separation of 1 through 8.

The magnetic survey was carried out on the same IP/Resistivity survey lines using two GEM Systems GSM-19W Overhauser magnetometers. One was used as a rover and the other was used for the base station recordings. The GSM-19 is a microprocessor controlled 'memory mag' with GPS system attached. All readings were recorded into the instrument's memory and downloaded daily at the end of the survey. The programable continuous profiling walking mag mode was used. Readings were recorded at a frequency of One hertz (1Hz) making an average reading interval of about a metre or less in some places and control points were registered every 25 meters. A base station was occupied by a magnetometer in an area where the magnetic field gradient is low (determined by quick site survey) to record diurnal and noise fluctuations in the earth's magnetic field during the traverse readings. It was programmed to cycle at 0.3 Hz and located at 560290E, 737930N.

The IP, resistivity, and magnetic surveys on the 'Open Pit' prospect of the Kukuom property has outlined and defined zones of interest. The IP / resistivity maps silica alteration which may be associated with the alteration mineral assemblage. The chargeability response may provide an indication of the variable disseminated pyrite content. The host rock units play a critical role. Resistivity survey tend to work well within volcanic and volcaniclastic packages but not so well within granitoids-dominated areas, where ground magnetic data becomes very useful.

The high-quality IP/resistivity data encountered several areas of highly conductive rock types. The ground magnetics has also enhanced the structural and stratigraphic information, providing the location of mineralized horizons. The survey grid clearly defined the northeast trending contact of the Birimian volcano-sedimentary units to the northwest and the volcanic units to the southeast.

The IP/resistivity and magnetic surveys have aided in defining potential fault structures that may have played a key role in localizing the precipitation of gold. The high N-S trending chargeability anomalies associated with resistive structures may be indicative of mineralized dilation breaks and silicification; these must be considered as high priority target zones.

'The data has resulted in an improved structural and geological interpretation details, which will assist in assessing the prospectivity and generating drill targets. The survey results to be integrated with the geological, geochemical and sampling database to selecting targets for RC drilling' Mr. Agezo explains. 'The data mapped the contact of a metasedimentary package to the southeast and metavolcanic unit to the northwest; a chargeability signature sits at the contact of the mapped resistive body. This mapped signature serves as the prime target area where there is high competency contrast associated with high chargeability response. The sources of these resistive anomalies associated with chargeable anomalies are probably the presence of disseminated sulfides located at the contact or within the resistive geologic units (quartz veins, zones of silicification, felsic intrusives, etc). The survey has aided us in identifying structures to guide further exploration activities. The ground IP/resistivity and magnetic surveys data are used for drill target optimization. The extension of the surveyed grid to the north and south to fully investigate the strike extents of the deliated anomalies is warranted.'

'A successful outcome will allow us geologic confidence to define high-priority targets for the upcoming drill program and our work towards producing a mineral resource recognized by international reporting standards such as the Canadian NI 43-101 or Australian JORC (2012).' Mrs. Naana Asante, Guskin Gold's CEO, Director and Chairwoman, affirms. 'We look forward to continuing to release timely updates to our JV partners, suppliers, government, and shareholders, keeping everyone informed as we develop, improve, and expand operations in Ghana.'

The Kukuom Gold Project is a Joint Venture Partnership with Danampco Company whereby Guskin Gold is the exclusive operator with a seventy (70%) percent interest.

Francis Lovebridge Agezo, Guskin Gold's Director of Exploration participated in the exploration, discovery and development Cluff's Ayanfuri Gold Mine and Red Back's Chirano Gold Mine in Ghana. Played key role in Redback's expansion in Ghana before its takeover by the Lundin Group and later Kinross. Notably on April 25th, 2022, Kinross Gold Corp. (KGC) announced the sale of the Chirano Gold Mine for $225 Million to Canadian Asante Gold (ASE); Asante having previously acquired the Bibiani Gold Mine for $90 Million from Australian Resolute Mining (RSG) in August 2021.

Guskin Gold's disclosure of a technical or scientific nature in this news release has been reviewed and approved by Francis Lovebridge Agezo, P.Geo, the Company's Director of Exploration, and a qualified person under the definition of National Instrument 43-101. This news release was written for the Purpose of reporting on the operations pertaining to the Company's Kukuom Gold Project. The Company accepts no responsibility or liability for any use of this report or any reliance upon this report by any person, other than the use of the whole of this report by the Company consistent with the Purpose. The full report, while unpublished in this press release, must always be considered in its entirety.

Guskin Gold Corp. (OTCQB:GKIN) is a mining company publicly traded in the United States, with its head office in Santa Clara, California. Guskin is focused on gold exploration and mining in Ghana, the number one gold producer in Africa and seventh largest gold producing country in the world. The Company's leadership team is world-class. Many are native to Ghana, all offer specialised expertise in the business of gold exploration, mining, public markets, and finance. And all are passionately committed to the success of the Company, our partners, and investors.

This news release contains 'forward-looking statements' which are not purely historical and may include any statements regarding beliefs, plans, expectations or intentions regarding the future. Such forward-looking statements include, among other things, the development, costs and results of new business opportunities and words such as 'anticipate', 'seek', intend', 'believe', 'estimate', 'expect', 'project', 'plan', or similar phrases may be deemed 'forward-looking statements' within the meaning of the Private Securities Litigation Reform Act of 1995. Actual results could differ from those projected in any forward-looking statements due to numerous factors. Such factors include, among others, the inherent uncertainties associated with the exploration and exploitation of the 'Tepa Gold Mine', and/or 'Kukuom' Concession, new mineral and/or gold projects, securing necessary financing, the future of the U.S. and global economies, the impact of competition, and the Company's reliance on existing regulations pertaining to the mining and exploration of mineral properties in Ghana and internationally. These forward-looking statements are made as of the date of this news release, and we assume no obligation to update the forward-looking statements, or to update the reasons why actual results could differ from those projected in the forward-looking statements. Although we believe that any beliefs, plans, expectations and intentions contained in this press release are reasonable, there can be no assurance that any such beliefs, plans, expectations or intentions will prove to be accurate. Investors should consult all of the information set forth herein and should also refer to the risk factors disclosure outlined in our annual report on Form 10-K, our quarterly reports on Form 10-Q and other periodic reports filed from time-to-time with the Securities and Exchange Commission. For more information, please visit www.sec.gov.

ATLANTA, Georgia: In light of its significant debt, the slowing economy and rising interest rates stifling consumer demand, US mattress-maker ... 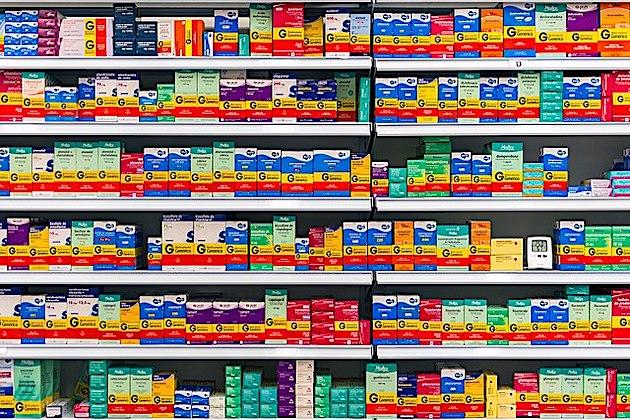 SEATTLE, Washington: Further driving its efforts to dominate the healthcare market, Amazon.com has announced that it will offer its US ...

JERUSALEM, Israel: As demand for its driver-assistance technology rises among vehicle-makers, Mobileye Global is forecasting revenues for the 2023 fiscal ...

LONG BEACH, California: Long Beach, California-based Rocket Lab has launched its first mission from the United States, as part of ...

WSJ says Israel and Mossad behind Sunday's attacks on Iran

Israel was behind Sunday morning's drone strike on an Iranian munitions facility; the Wall Street Journal has reported, citing American ...

UK tanks for Ukraine must arrive by March, says minister

LONDON, England: Of the 14 main battle tanks and additional artillery support it will send to Ukraine, Britain hopes its ...

Exec for Juan Valdez coffee sentenced to jail in $900,000 theft

NEW YORK CITY, New York: After being convicted of stealing more than $900,000 from the company, Rosita Joseph, former executive ...